Manchester City manager Manuel Pellegrini says he will not discuss the future of midfielder Yaya Toure until a more appropriate time. 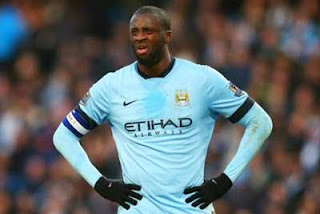 Toure's agent was quoted on Thursday as saying his client was "90 per cent" certain to leave the Etihad Stadium at the end of the season.

"We talk about the next season in the right moment," he said at a pre-match news conference.

"Yaya has a contract here until 2017. We are focussed on our team and the players."