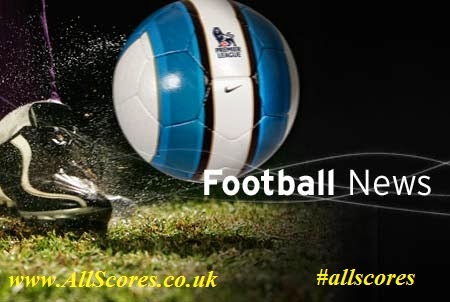 Allardyce: We must improve
West Ham boss Sam Allardyce acknowledged his side have work to do following another disappointing pre-season showing in Wellington.

Campbell thrilled by Palace switchFraizer Campbell is relishing the chance to continue playing in the Premier League following his move from Cardiff City Football Club to Crystal Palace Football Club.Bojan drawn by Stoke style
Eyebrows have been raised by Bojan Krkic's move to Stoke City Football Club, but the forward is confident he will fit in perfectly at the Britannia Stadium.

Van Gaal suits me - Cleverley
Manchester United midfielder Tom Cleverley feels he is the perfect fit for a Louis van Gaal-coached side.

Van Gaal prepared to wait for Strootman
Kevin Strootman could be reunited with Louis van Gaal after the #ManUtdmanager said he was monitoring the midfielder's recovery.

Villas-Boas: Rodriguez best suited to no.10 role
James Rodriguez Oficial needs freedom on the pitch in order to flourish at Real Madrid C.F., according to Portuguese coach Andre Villas-Boas.

Cazorla: I´m happy at Arsenal
Arsenal attacker Santi Cazorla insisted he is "very happy" at the club as he continues to be linked with a move.

Lampard could move to Melbourne on loan
New York City sporting director Claudio Reyna refused to rule out the possibility of Frank Lampard spending time in Australia on loan.